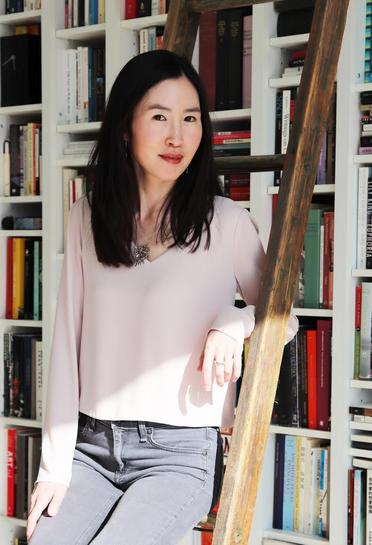 Leslie Shimotakahara's memoir, The Reading List, won the Canada-Japan Literary Prize in 2012, and her fiction has been shortlisted for the KM Hunter Artist Award. She has written two critically acclaimed novels, After the Bloom and Red Oblivion, both published by Dundurn Press.

These novels blur between fiction and non-fiction. After the Bloom draws upon her grandmother's teenage experience of the Japanese-American Internment, during the Second World War; it was commended by Booklist as "personal and entrancing, unflinchingly shining a light on this difficult part of history." Her more recent novel, Red Oblivion, is a literary thriller set in Hong Kong, inspired by the time she spent living there with her Chinese-Canadian husband and his elderly father. Red Oblivion was The Word On The Street's Book of the Month for January, included in the 49th Shelf's "Great Books for the Moment," and praised by Kirkus Review for showing "virtuosity in this subtle deconstruction of one family's tainted origins."

Earlier this year, she enjoyed being Open Book's writer in residence. In 2018, Leslie served on the jury for the Governor General's Non-fiction Award. Her writing has appeared in the National Post, World Literature Today, and Changing the Face of Canadian Literature, among other anthologies and periodicals.

She has a PhD in English from Brown University, where she wrote her dissertation on the relationship between American regionalism and modernism in the fiction of Edith Wharton, Willa Cather, William Faulkner, and Ralph Ellison.

Over the years, Leslie has lived in a variety of places including Trinidad, Toronto, Montreal, Providence, Berlin, Antigonish, and Hong Kong. These days, she and Chris Wong make their home in the Brockton Village neighbourhood of Toronto.